Hungary is a landlocked country in Central Europe, situated in the Carpathian Basin. Hungary is among the top tourist destinations in Europe with the capital Budapest regarded as one of the most beautiful cities worldwide. Despite its relatively small size, the country is home to numerous World Heritage Sites, UNESCO Biosphere Reserves, the second largest thermal lake in the world (Lake Hévíz), the largest lake in Central Europe (Lake Balaton), and the largest natural grassland in Europe (Hortobágy). 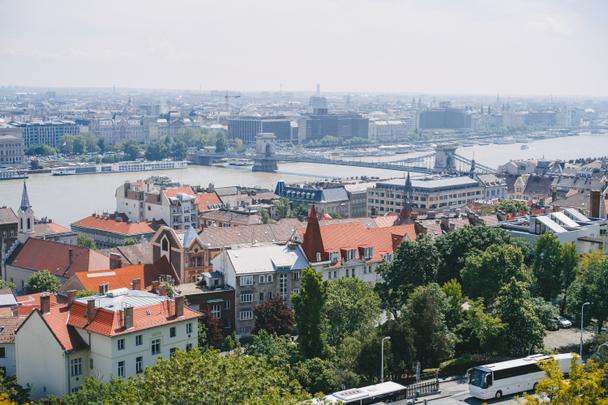 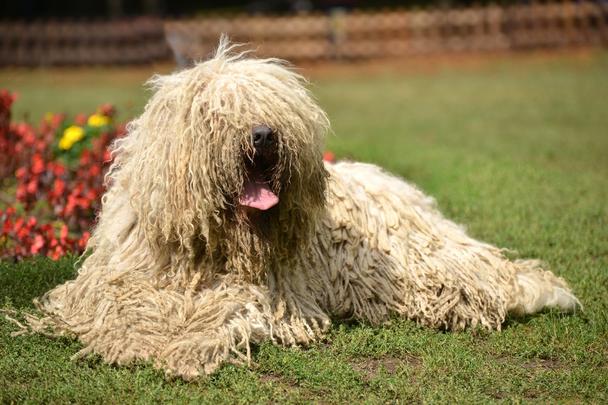 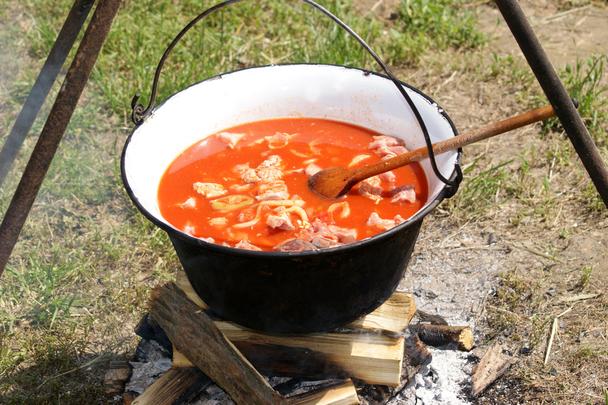 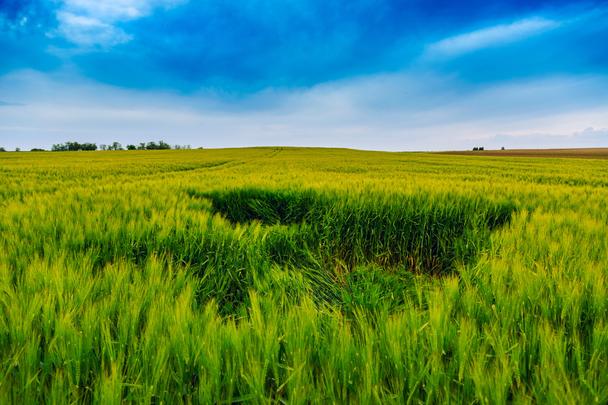 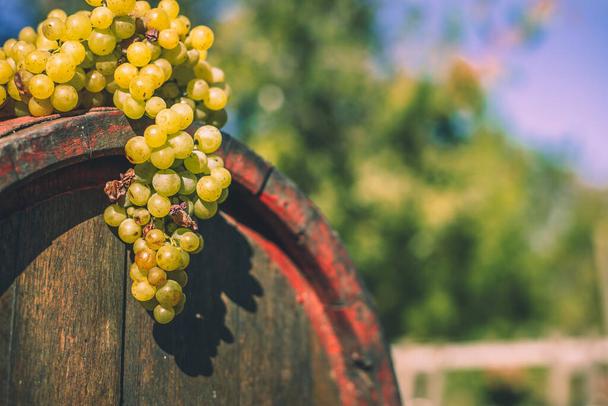 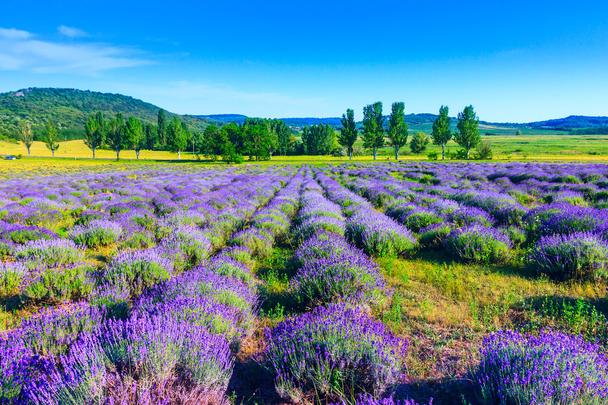 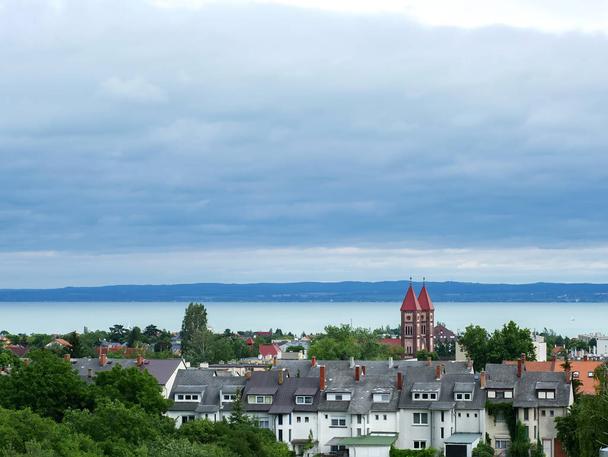 Szeged is located in the South-Eastern part of Hungary, in Central Europe, at the confluence of the rivers Tisza and Maros. Szeged is the third-largest city in Hungary with 162,593 residents.

The city is the residence of several ethnic minorities, and it maintains several international relationships and fifteen twin city partnerships, with mostly European cities. The cultural life in Szeged is quite rich with special events organized by the minority communities, complemented with the offers from the Italian, French and Romanian cultural institutes and the recently opened Confucius Institute.

Szeged is not only known as the City of Sunshine, but also as a place of abundant experiences and recreation. The city offers colorful programs and spectacular architectural features. By far, the city’s significance not only lies in its size, but in its rebirth after the Great Flood of 1879, becoming one of the most influential towns of the region by the early 20th century. The urban structure of avenues and boulevards, the town palaces in the center and the plethora of architectural styles of the turn of the century, all make Szeged one of the most popular tourist destinations in Hungary, which is mainly characterized by colorful cultural offers, vibrant college life and unparalleled built heritage.

One can discover the hidden treasures of the town during various thematic tours, granting equal opporunities in accessible tourism (e.g., guided tours for the blind and visually impaired) on Art Nouveau, gastronomy, literature, theater and Jewish heritage offered by local tour guides in multiple languages at the Tourinform Agency.

A unique feature of Szeged is the fact that both banks of the river Tisza have wells of certified the mineral water which provided a unique opportunity to establish a therapeutic and bathing culture with rich variety. One of Szeged’s outstanding resources is the water of the Anna and Dóra Wells rated as medicinal spring water. Now the water of the Anna well is used primarily for bathing in the renowned and renovated Anna Spa, where a balneotherapy centre has been established. Szeged is a true bathing city with its bathing facilities and hotels with services for medical tourism.

Families can also choose from colorful programs. The Szeged Zoo is one of the youngest, largest and most peculiar ones in the country.

Szeged offers a multitude of adventures for the lovers of active tourism. It is easy to get around town by bike (can be rented at the Tourinform Agency). Also, pawed cycle tracks lead to sites of the surrounding settlements. The Botanic Gardens of the University of Szeged in Újszeged are also well worth visiting, which host a more than 90-year-old collection of plants among them the largest outdoor Indian Lotus population in Central Europe.

Szeged’s outstanding buildings, squares and parks can be discovered during a 45 min trip on the sightseeing train. These guided tours introduce the rich local heritage in multiple languages.

The downtown area of the city is relatively small and compact that can be easily explored on foot as well.

Szeged, being the cultural center of the Great-Plain Region, is well-known for a rich and diverse variety of cultural offers available for its residents and visitors. The public spaces, the streets and the dedicated institutions are all homes to culture. Drawing from the city’s abundant tangible and intangible cultural heritage, innovative and creative cultural services are developed through international projects (with the involvement of local stakeholders) in multiple languages offered by local SMEs.

Szeged offers diverse festival programmes. The spacious plazas in the city center, so close to the Tisza, provide the perfect backdrop for exciting events. As it was on May 21, 1719 that Szeged regained its status as a free royal town, the day was designated to be the day of Szeged. The great historical moment is remembered by a ten-day-long series of events: the Széchenyi Square is transformed into a gigantic row of wine cellars as part of the Wine Festival, while during the weekend of the Bridge Fair, the Downtown bridge becomes the biggest handicraft parade in the country. For more than ninety years, summers have been spent with the Szeged Open Air Festival on Dóm Square, where opera, operetta, musical, dance and dramatic productions are staged for the delight of audiences of 4,000 people a night. The oldest and one of the largest youth music festivals in Hungary is also held in Szeged in August. The National Theater of Szeged was built in 1883. Today it operates with three sections: opera, drama and dance. The Szeged Contemporary Dance Company performs a wide range of diverse choreographies, from modern retakes on classical pieces, to musical montages. In our contemporary Art Gallery (REÖK) since 2007 there have been splendid Goya, Chagall, Picasso and Rembrandt exhibitions, poetry nights, chamber concerts, room theater productions. The city of Szeged also takes professional care of preserving and displaying its history in the Móra Ferenc Museum with exhibition venues in the Cultural Palace and the Fekete Building with local history displays, and permanent and temporary art shows. The University of Szeged offers a variety of academic, musical, theatrical and literary programs, offered to the students and other interested parties.

The Europa Nostra Award was given to the city for the city centre renewal in 2003. As the first Hungarian town, the 2006 Europe Prize was awarded to Szeged for its actions in the European domain by the Council of Europe. The European Climate Foundation awarded a prize to the city for environmentally friendly urban developments in 2009. 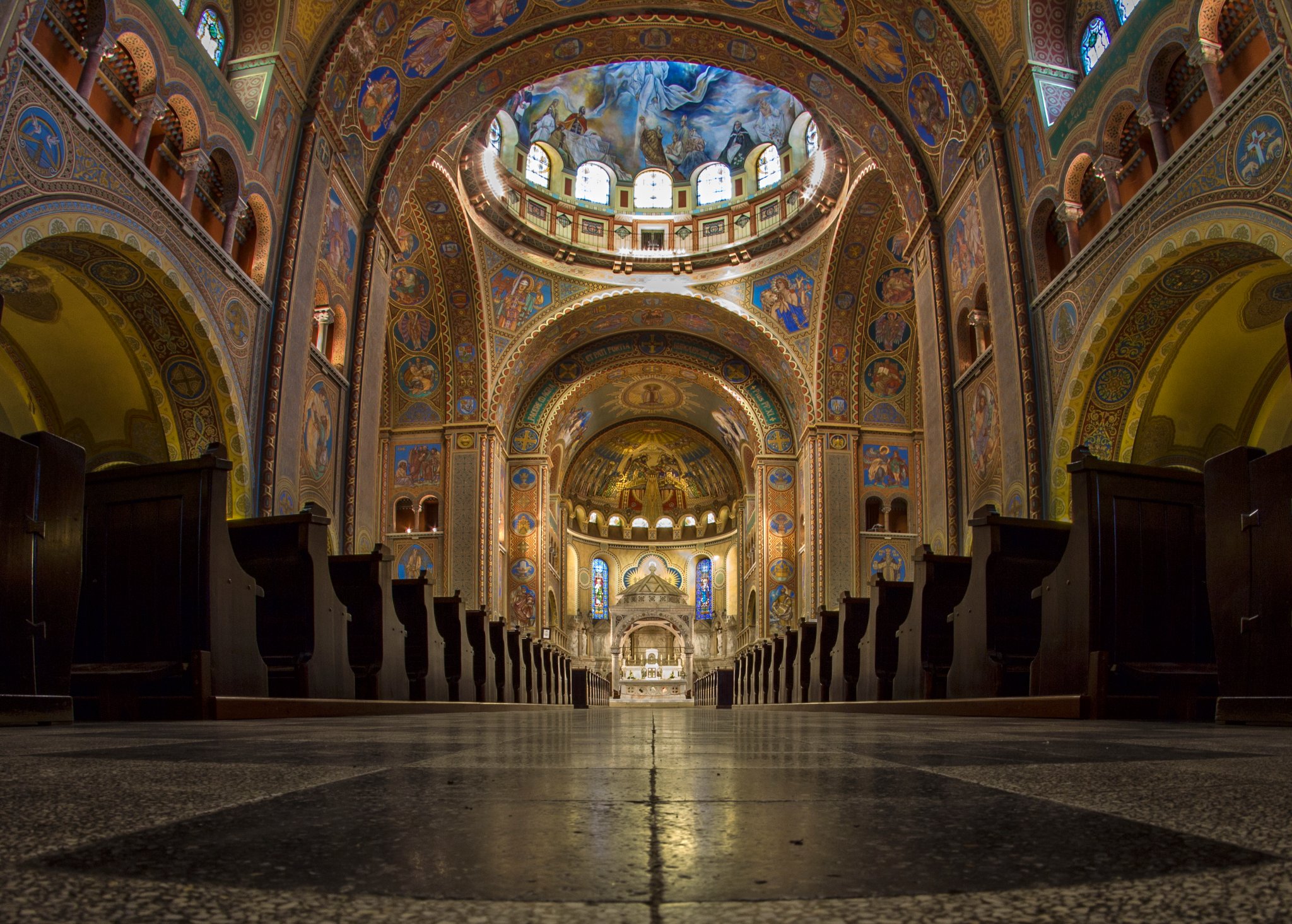 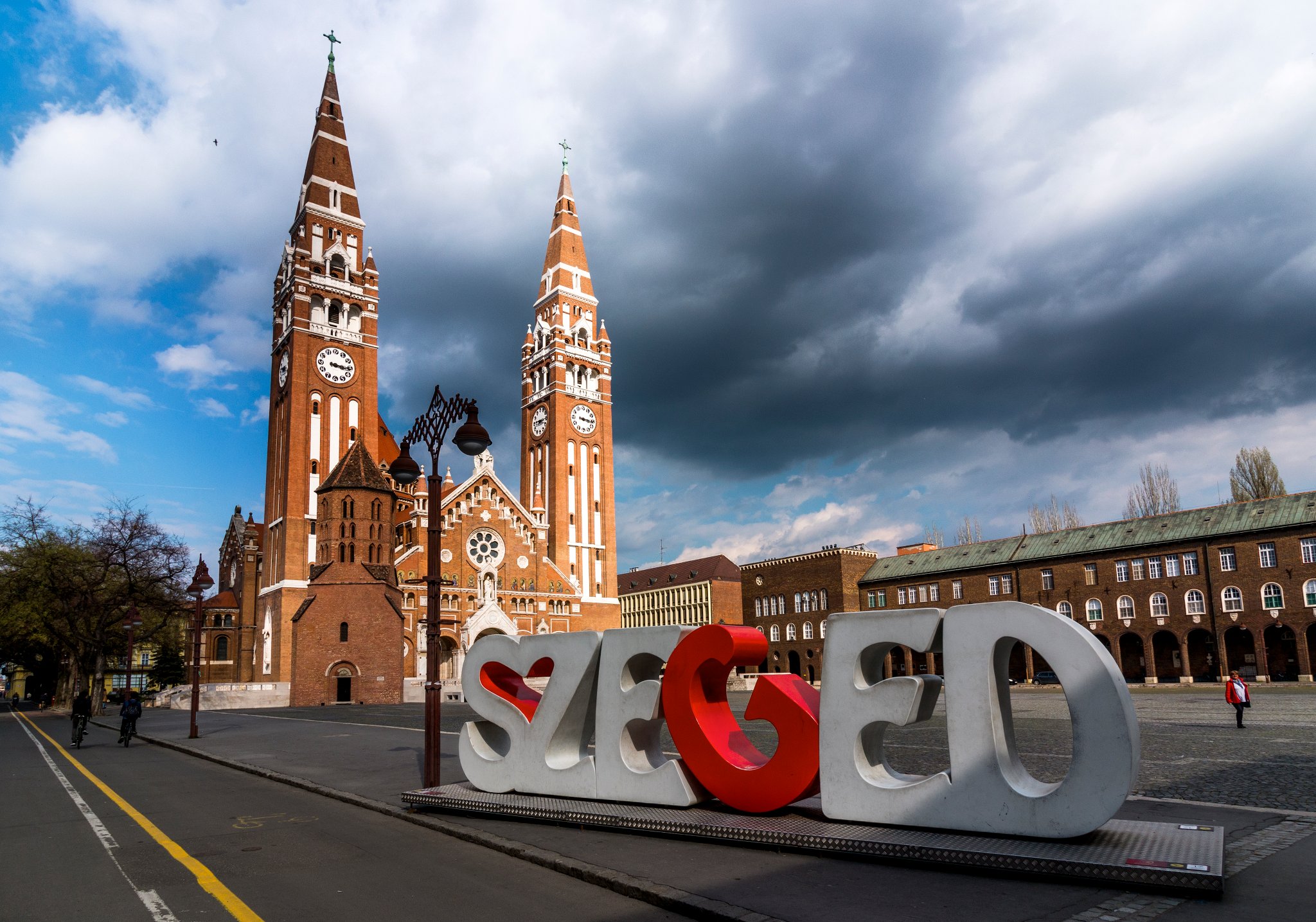 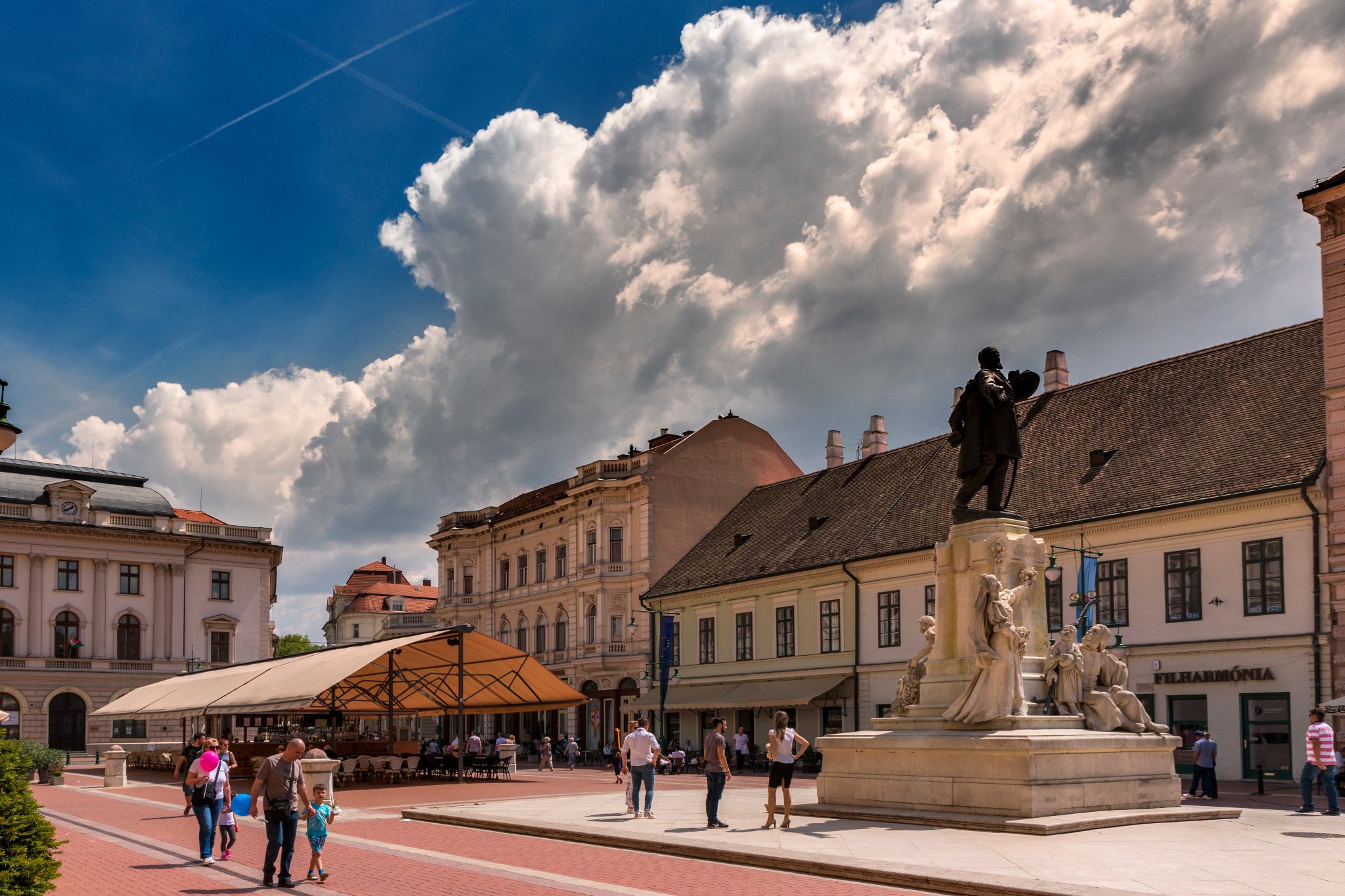 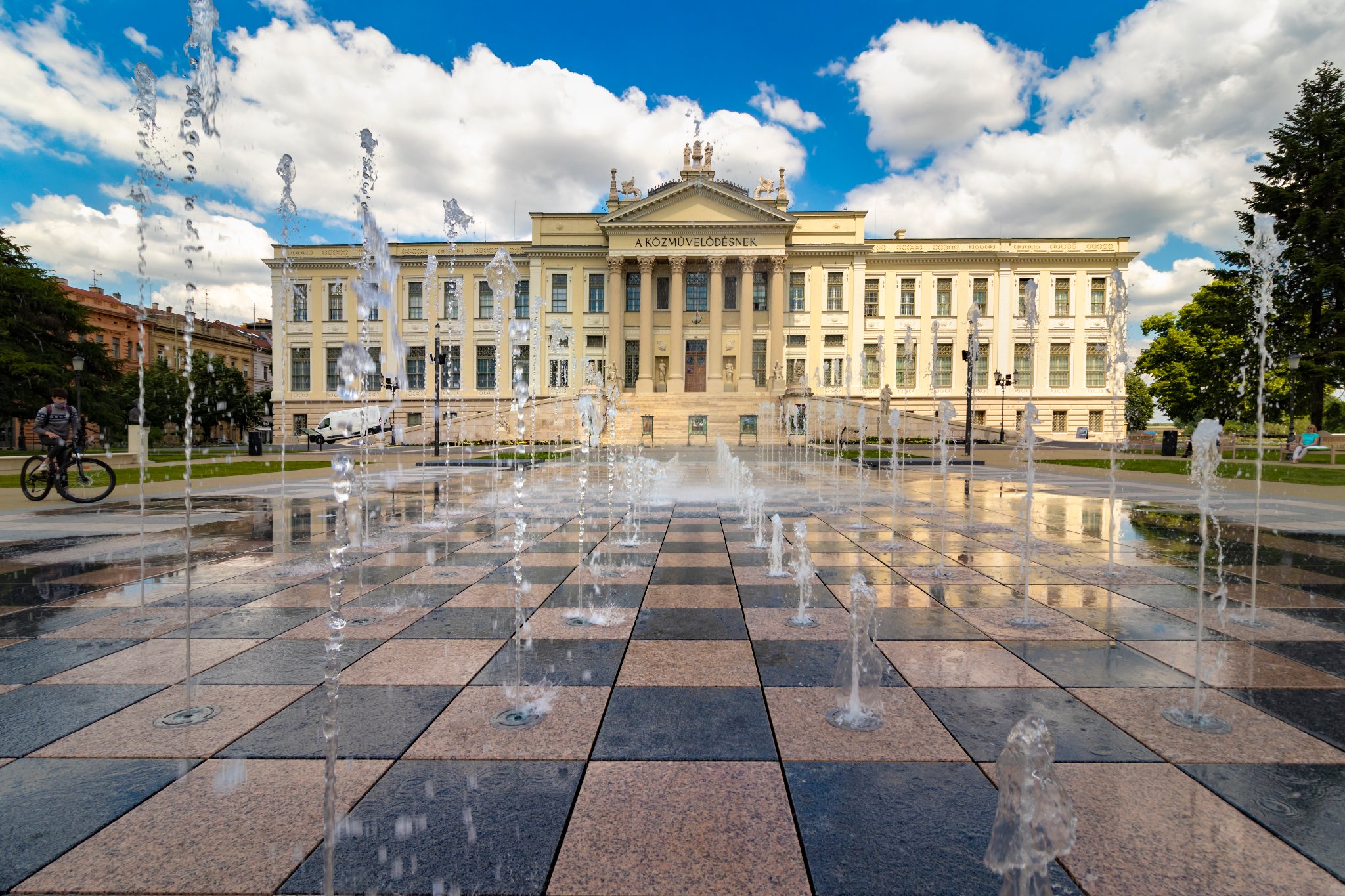 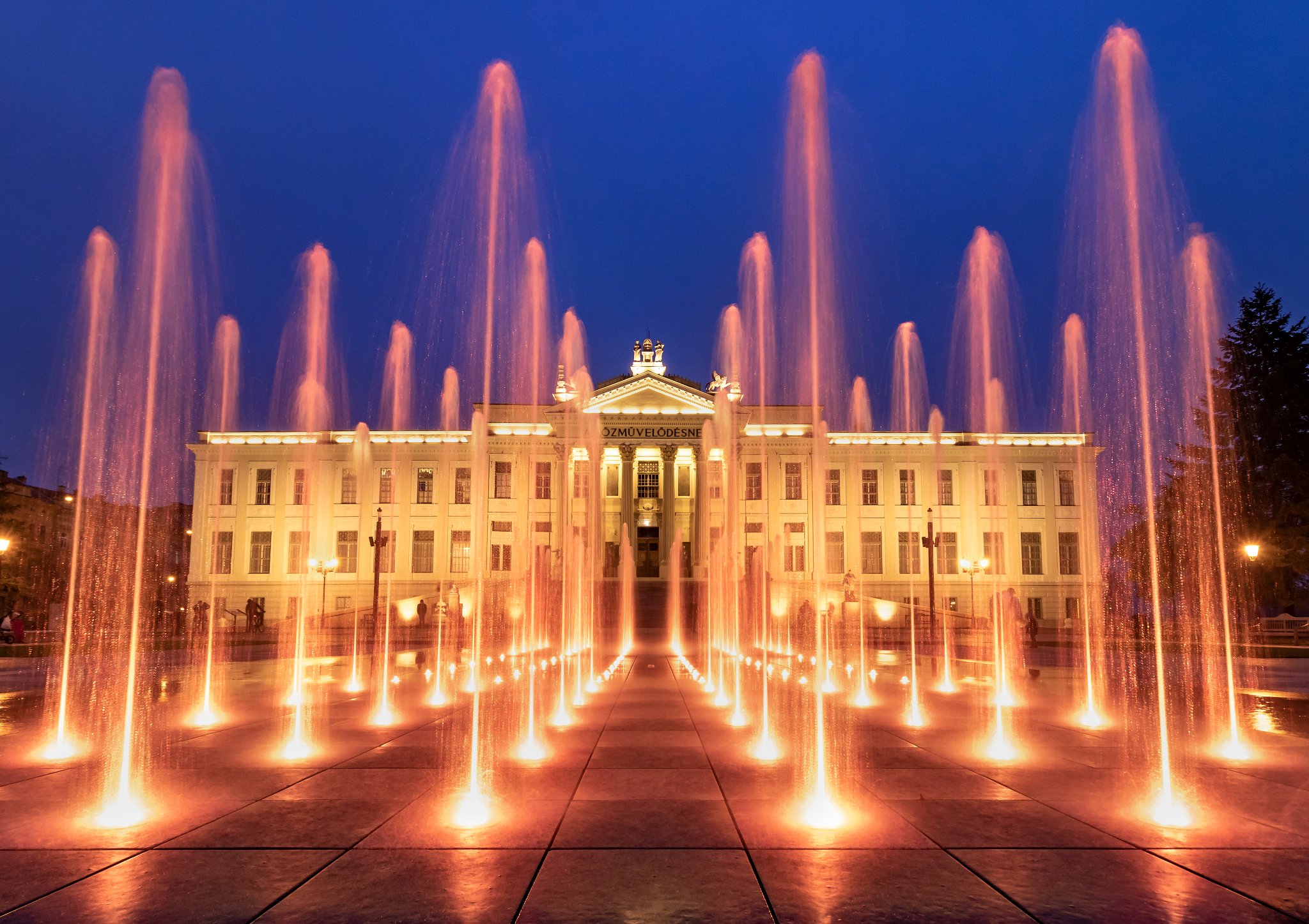 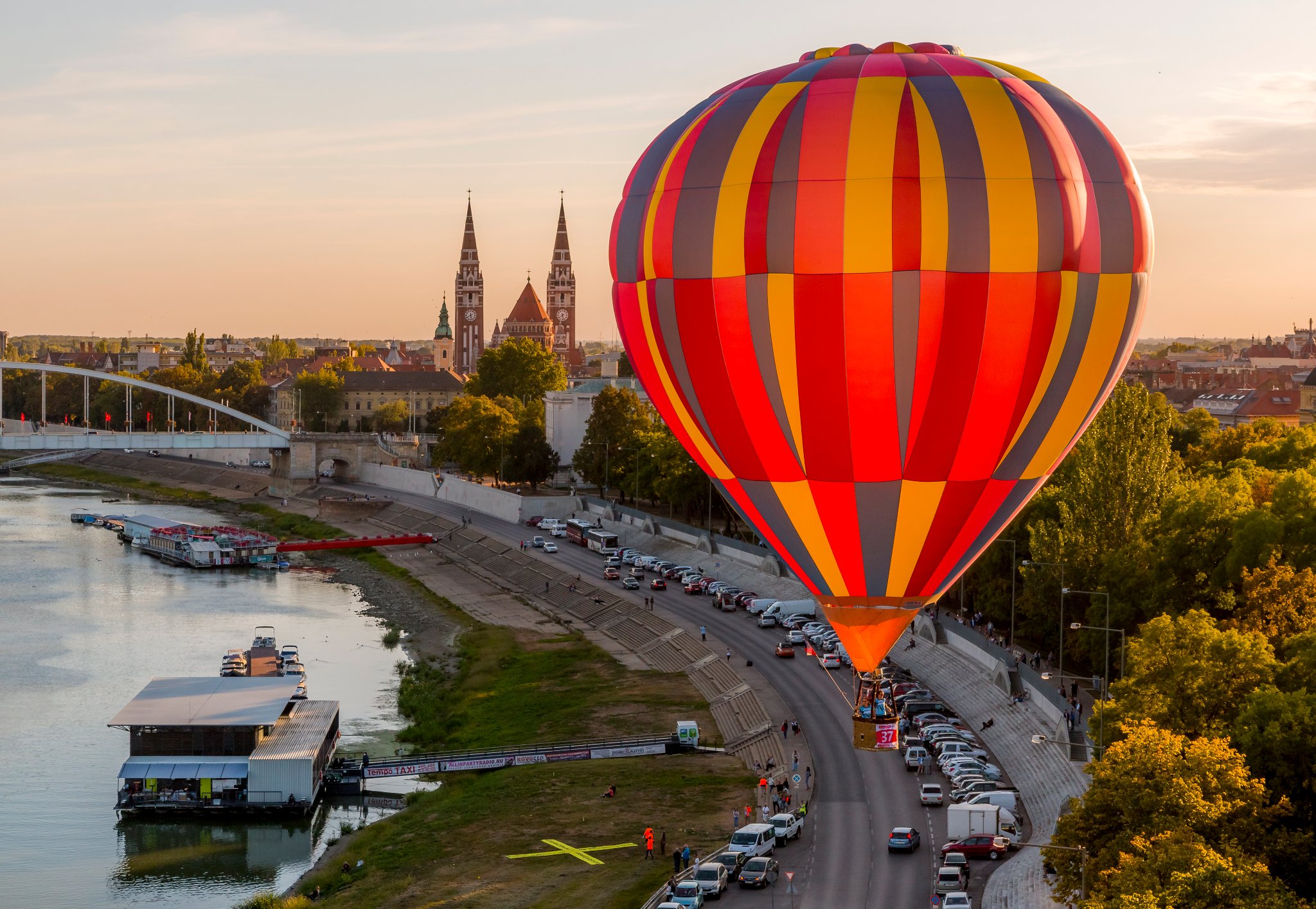 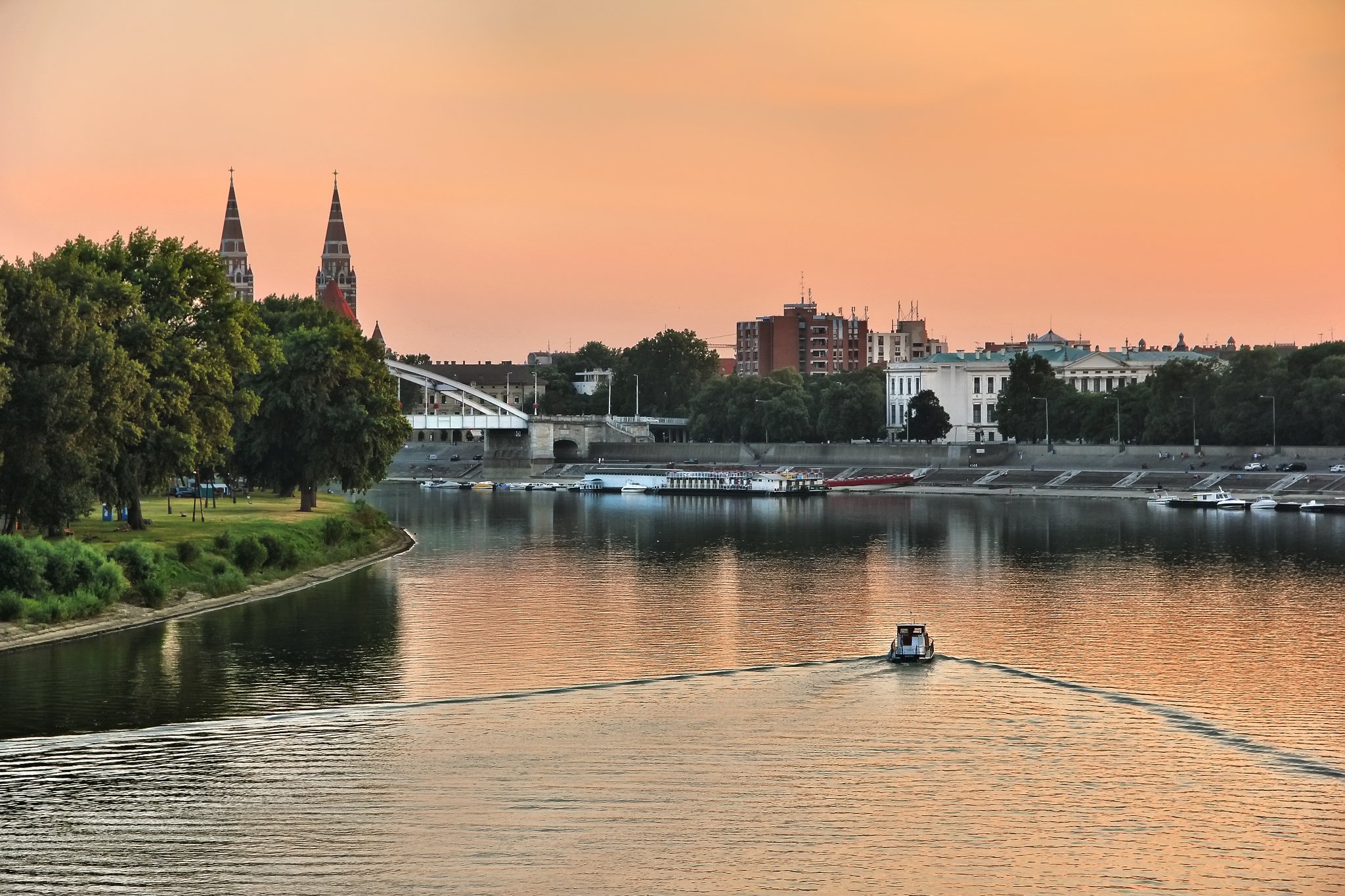 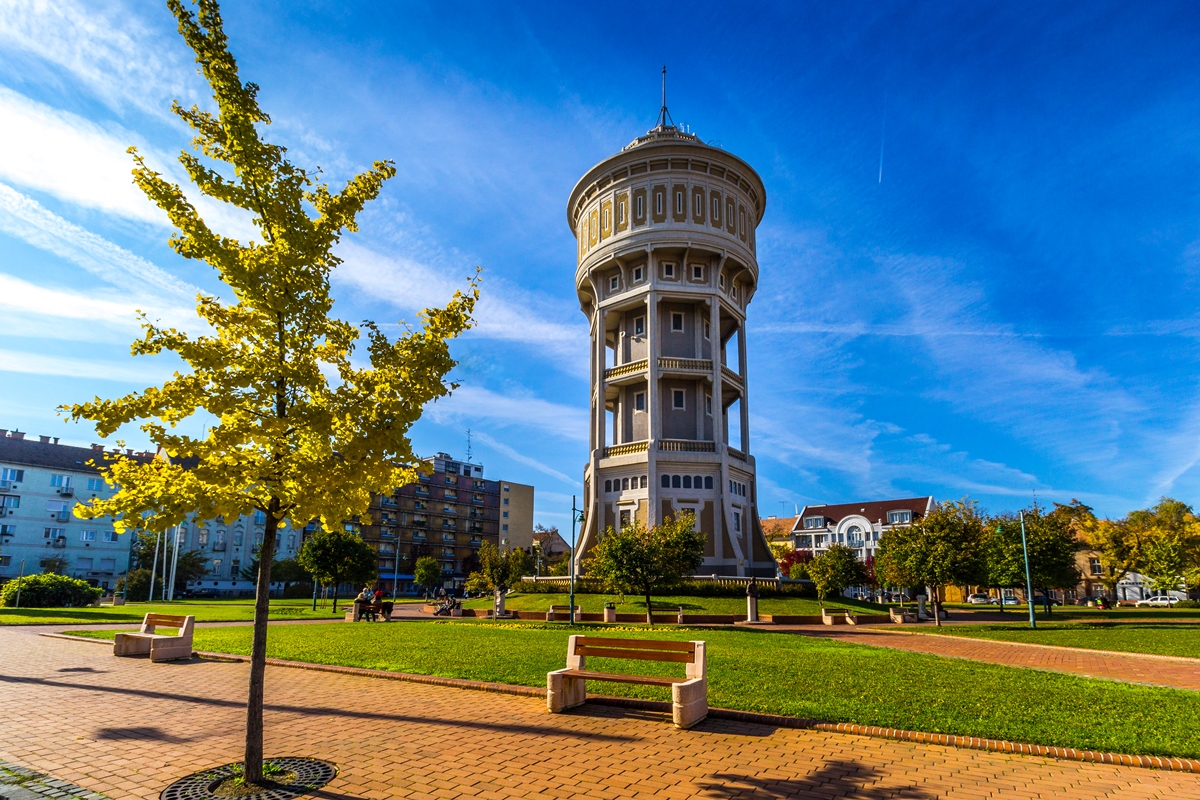